2019, JULY 15: BATTLE OF THE BANDS (Or, GEDDY LEE VERSUS DONALD DUCK VERSUS NED BEATTY)

..
Geddy Lee Vs. Donald Duck, Geddy Lee Vs. Ned Beatty, Geddy Lee Vs. Some Other Female, War Vs. Peace, Light Vs. Dark, Good Vs. Evil, Man Vs. Machine, Love Vs. Hate, Dog Vs. Cat, Sun Vs. Moon, Brain Vs. Brawn, Oscar Vs. Grammy, Angel Vs. Demon, Laurel Vs. Hardy, Beer Vs. Wine, TV Vs. Radio, Pitcher Vs. Batter, Paper Vs. Plastic, Reality Vs. Fantasy, Yeshua Vs. Beelzebub, Conservative Vs. Liberal, You Vs. Me, House Vs. Senate, Offense Vs. Defense, Kramer Vs. Kramer, Spy Vs. Spy, Fischer Vs. Spassky, W.C. Fields Vs. Sobriety, Harold Gimpy, Jr. Vs. Sheldon J. Pismire, Rock Vs. Paper Vs. Scissors, Islam Vs. Everything, Singer Vs. Singer, Band Vs. Band...
.
BATTLE OF THE BANDS (BOTB)
. 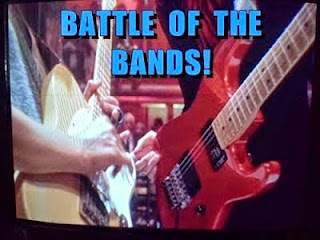 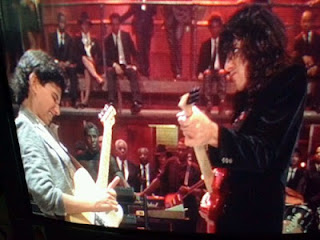 .
In my most recent BOTB Results post [link> HERE, G DogG, Sixgun McItchyfinger, and I were exchanging some ideas about some concerts we had attended and about our different opinions on heterosexuality, homosexuality, and Geddy Lee - the singer for the Prog-Rock band RUSH.
.
On Fri, July 12, 2019, BOTBer Mary Burris wrote the following to me in an Email:
.

After watching the back and forths in your comments, I think your next battle should be... RUSH!
Tom Sawyer
vs
Spirit of Radio
.
Although I dislike the band Rush as much as I dislike the political commentator Rush Limbaugh, I thought Mary's idea was so timely and humorous, that I decided to run with it (like running with scissors!)
.
I will confess, though, that I did briefly toy with the idea of posting a BOTB contest between Geddy Lee, Donald Duck, and Ned Beatty "squealing like a pig".
.

VERSUS
.
.
But I finally decided to stick with Mary's less controversial idea of doing Rush versus Rush, or 'The Spirit Of Radio' versus 'Tom Sawyer'. And so without further ado, I give you the following (ear plugs not included)...
. 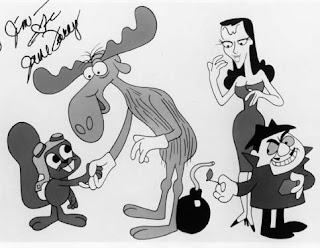 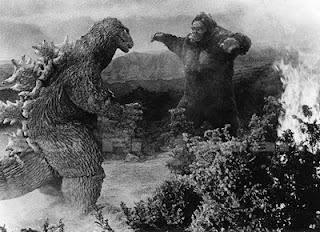 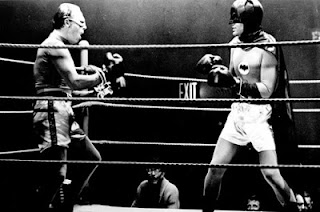