.
STMcC’s Vote On '2016, December 1st: Battle Of The Bands' (Or, 'Murray Head Vs. Glen Campbell') And The Final Tally:
.
First, as always, I want to thank every single one of you boys and girls, men and women, blokes and blokettes, cool cats and hot dogs for taking the time to listen to my Battle Of The Bands installment and cast a vote.


A few of you expressed an appreciation for this BOTB's concept, however I got the sense that overall it wasn't really one of my more popular contests. That would figure though, since (to quote Oh "Wild Thing" Donna quoting Waylon "Outlaw" Jennings) I'm always one step ahead or behind. And also, like Ricky Nelson said: "You can't please everyone, so ya got to please yourself".
. 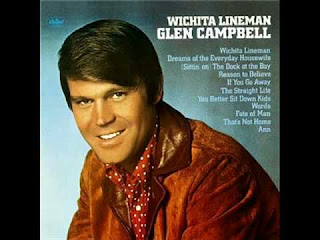 .
I know I'm in the minority with the BOTB crowd, but I have always been a GLEN CAMPBELL fan. I love 'Gentle On My Mind', 'By The Time I Get To Phoenix', 'True Grit', the bittersweet 'Dreams Of The Everyday Housewife', 'Southern Nights', and so many more. A couple years after he had passed away, my Pa once used Glen's song 'Wichita Lineman' to get a message to me from "the other side". It was already my very favorite Glen Campbell song.


In 1978, I knew a guy who knew Glen Campbell and a group of us blokes drove to Las Vegas to see him perform at the Riviera hotel / casino. Due to the connection, we got to go backstage and meet Glen after the show.


Glen and I both lived in Phoenix in November of 2003 when Glen was arrested for DUI. I thank God no one was hurt, but that was a bad crime committed by a troubled Christian. I knew that Glen was a Christian, and I knew that Christians sometimes screw up. Glen's still a Christian even though today, due to Alzheimer's Disease, he doesn't even know who his family members are. He may not even know who he is. But I assure you that Christ Yeshua knows who he is!


I still have the newspaper clipping about Glen's arrest tucked into my 2-CD set of his music. I have some Spiritual connection to Glen Campbell that I really can't even begin to explain. I don't understand it, but I love the man. Loved him before the DUI, and loved him afterwards. I really don't know why. The arrest broke my heart (I remember watching the news story on TV and getting misty-eyed), and yet somehow, at the same time, it made me care even more about him.
.
.
'I KNEW JESUS (BEFORE HE WAS A STAR)' is not only one of my very, very favorite Glen Campbell songs, but it's amongst my very, very favorite Gospel songs, period. Why? Well, for one thing (as Beer Boy Bryan noted), the heart, soul and enthusiasm that Glen imbues that recording with! Despite the divorces and the DUI, how do I KNOW Campbell is a Christian? Because NO ONE could sing about The Savior and fake that much passion! No one! Listen again [link:] HERE.


You may remember that I used Glen once before in a Gospel BOTB contest. He was matched against The Edwin Hawkins Singers on 'OH, HAPPY DAY!' [click HERE], and although he lost in a very tight Battle, several people mentioned the genuine emotion evident in Glen's singing.


Poor Glen. He's one of the best Gospel singers I know and yet he can't win in BOTB. Yep, the Magic 8-Ball was wrong. The first six votes cast all went to Murray Head and 'Jesus Christ Superstar' and it looked like this was going to be a shutout. But, no, it wasn't even a blowout, because Glen Campbell came surging back... but just not back enough:


I feel this was yet another example of how nearly-impossible it is for a relatively unknown song to beat the Familiarity Factor in BOTB.
. 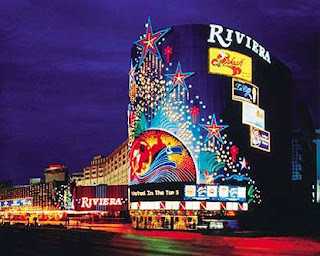 .
I'd wanted to use Glen's 'I Knew Jesus' in BOTB for quite awhile, but I could only find two covers of it and neither one was very good. So I gave up on the idea. But then one day, while driving and listening to the song in my truck, I suddenly had the thought: Wait a second! You KNOW this song is an "answer" to the song 'Jesus Christ Superstar'. So instead of using two versions of 'I Knew Jesus', why not put it up against the song that it's answering and have "a battle within the Battle"? And that's how this BOTB installment came to be. (That idea immediately led me to conceive of another similar kind of "battle within the Battle" potential match-up which I gave to one of our fellow BOTBers to use someday.)
. 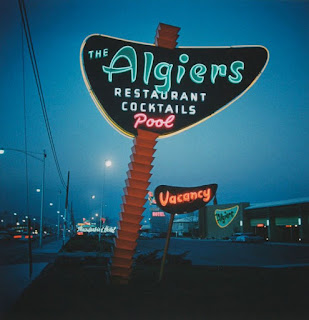 .
As for 'Jesus Christ Superstar' -- although it's catchy and, to me, does have an (unfortunate) "earworm" element to it, I simply don't like it. Who can say why we embrace some melodies while others rub us the wrong way? But I have ALWAYS found the melody of 'JCS' to be somewhat annoying. When I was a stupid kid, I used to sing it as "Jesus Christ, Superstar, who in the hell do You think You are?" Then the damned thing would get stuck in my head for hours as punishment! 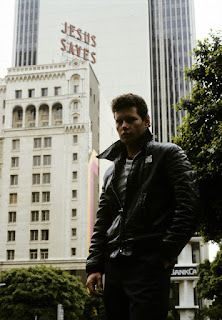 .
So, you ask, how did I go from singing "Jesus Christ, Superstar, who in the hell do You think You are?" to becoming a believer in and follower of Christ Yeshua (Jesus)? Well, I wasn't looking for Jesus at all -- I had no interest in Him, really -- but on April 6th, 1994, He came looking for me; He had an interest in me.


But fear not! I never lost my personality and sense of humor. To this day, I'm the sort of "bad" Christian who writes notes in the margins of his well-worn Bible like this: In Genesis, God created the coffee bean BEFORE He created Adam, because God knew that Adam was going to need strong cups of coffee on mankind's first morning! (And it's Biblically true! The coffee bean was created BEFORE man was. God knows what He's doin'!) And notes like this: In the book of Esther, Mordecai is clearly the Road Runner and Haman is obviously Wile E. Coyote. (Read it for yourself and see if I'm lyin'!)
. 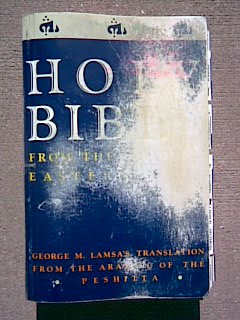 .
Do you know why Christians are always bothering people by yakking about Jesus? It's not because Christians are just yakkingly annoying people. (Well, some of them are, but...). It's because Jesus is their Holy King, and JESUS TOLD THEM TO! You're supposed to do what the King says, right?


And Jesus came and spoke to them, saying, “All authority has been given to Me in heaven and on earth. Go therefore and make disciples of all the nations, baptizing them in the name of the Father and of the Son and of the Holy Spirit, teaching them to observe all things that I have commanded you; and lo, I am with you always, even to the end of the age.”
~ Jesus
[from Matthew 28]


And it's for THAT reason I'm always willing to yak about Jesus with anyone who sincerely wants to discuss Him in a civil way. I'm happy to answer questions as best I can. But be sure NOT to check your sense of humor at the door. I promise you that Jesus has a sense of humor, even about religion. And therefore, so should we. I mean, who do you think invented the capacity for humor? (Did you know that Jesus is fond of playing practical jokes? He's not the stiff killjoy you may have been led to think He is.)


Anyone who might want to yak Yeshua with me, there's a good place for it right [link:] HERE.
. 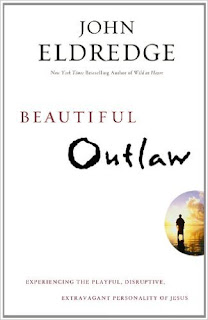 .
But even if you don't wanna yak Yeshua, you should at least do yourself a favor and read the book 'BEAUTIFUL OUTLAW: Experiencing The Playful, Disruptive, Extravagant Personality Of Jesus' by John Eldredge. It's a fabulous book that comes with my highest recommendation and a grade of "R" (which is one step above A+). You can read my review of the book [link:] HERE.


Many thanks again to EVERYONE who participated in this BOTB, and I hope to see you here again for my December 15th Battle. It'll be a more traditional BOTB installment, and we'll see if the Magic 8-Ball can redeem himself.


Bless And Be Blessed!
.