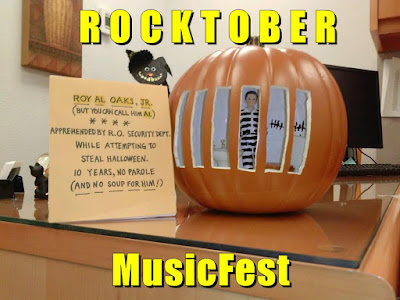 .
.
This is my third contribution to MMQE's 'ROCKTOBER MusicFest' at 'Jingle Jangle Jungle'. Click HERE for more!
.
In 1987, Van Morrison released his 17th studio album, 'Poetic Champions Compose'. How many music artists can unleash one of their very greatest albums after having already made 16 of them? Well, Van-The-Man sure did.
.
'Poetic Champions Compose' may or may not be Van's greatest studio album, but I think it definitely has to be considered among his Top 5, without a doubt.
.
One of my very favorite tracks from the collection is 'Did Ye Get Healed?' (You are required to listen until the Irish woman asks that very same question at the very end of the song! ...Don't make me have to come over there!!)
.
DID YE GET HEALED? - Van Morrison
https://www.youtube.com/watch?v=gfKRz6_S9fc

.
However, as much as I LOVE that song, I did not indicate that it should be used in my one and only attempt to write and sell a movie screenplay. I wrote 'BILLY 'N' BILLIE' in 1989 / 1990. It's a romance story about "Billy" (surname: Withers), a White, alcoholic, wanna-be writer living in Venice Beach, and "Billie" (surname: Clayton), a Black, Venice Beach woman who wants to be a Blues and Jazz singer.
.
I actually had a real shot of selling this screenplay! It garnered me a one-on-one interview with [link> Tony Bill, who had a production office in Venice Beach. (Yes! *THAT* TONY BILL! The actor, and the director of the terrific movie 'My Bodyguard'.) But I [damn-near deliberately] sabotaged my chances of selling the movie because... I was young & stupid & idealistic, and I objected to having to personally (with my personality) "sell" the story to Mr. Bill when I felt the story sold itself. So, I shot myself in the foot. Wasn't the first time; wasn't the last time.
.
Anyway, that's Bourbon Under The Bridge.
.
But in my screenplay, I indicated that 3 (Van Morrison) songs should be used - one at the very beginning; one just past the middle, when Billy and Billie dance together for the first time; and at the very end, while the final credits are rolling on the silver screen.
.
Below, I am pasting the pages from my screenplay which indicate where the 3 Van Morrison songs were supposed to be used. The first two songs - 'I Forgot That Love Existed' & 'Someone Like You' - came from Morrison's 1987 album 'Poetic Champions Compose', and the End Credits song, 'Brand New Day', came from Morrison's 1970 album 'Moondance'. And below the screenplay pages, you will find a YouTube playlist including those 3 songs in proper order.
.
I ask you to try doing this: Imagine watching the opening credits of a movie on the big silver screen, while seeing the activity described on the written page, and hearing the song 'I Forgot That Love Existed'. I still - STRONGLY! - believe that would have been an unforgettable opening for a Hollyweird movie!
. 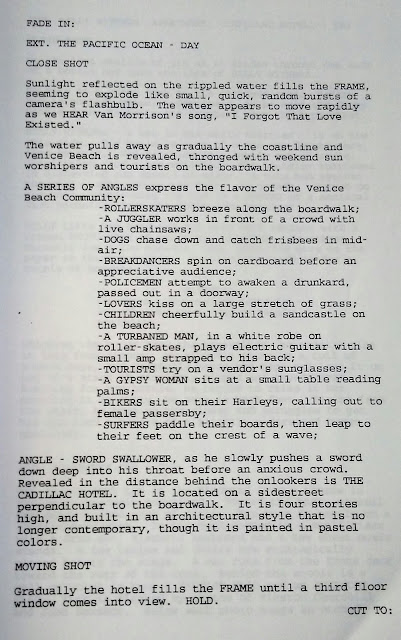 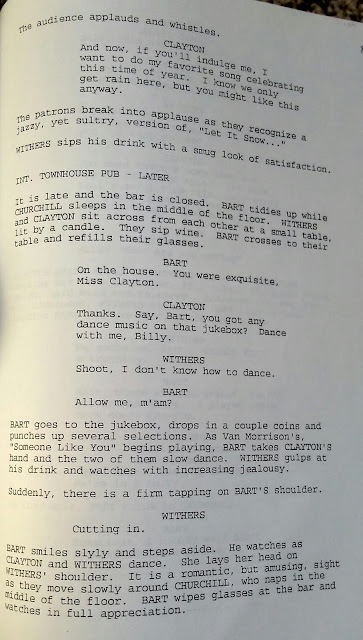 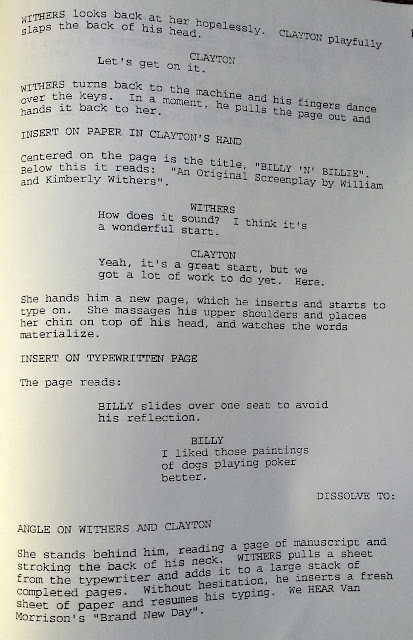 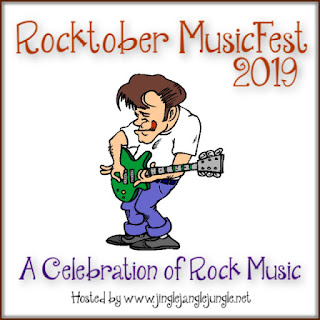