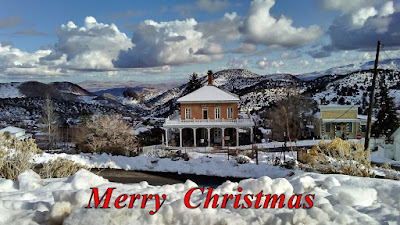 .
BATTLE OF THE BANDS (BOTB)
.
Shoop-Shooby -
Shooby-Duh-Dooby-Doop-Dooby-Dooby-Doo-Wah -
Buh-Doo-Wah!
.
Yes, it's time once again for Battle Of The Bands (BOTB).
.
On the Positive side: Yip! I'm doing a second BOTB installment this month, only because I'm such a fan of Christmas and Christmas music!
.
On the Negative side: BOTB is increasingly feeling less and less like the community it was years ago. (See? I pulled that linguistic trick again, by using "increasingly" to describe something that is becoming "less". Phunny, huh?)
.
Anyway... the idea behind a blogfest is that people join a collective project which has a beginning and an ending - you know, like a beginning and ending? As opposed to a haphazard collection of stray cats and dogs running willy-nilly around an unfenced property that experiences neither day nor night.
.
The original idea for BOTB was that each Battle would be initiated and concluded in a single week, with the voting window open for 6 days, and the voting results announced on the 7th day of rest. It looked like this:
.
1st of the month - a new Battle begins.
7th of the month - the Battle Results are announced.
.
15th of the month - a new Battle begins.
21st of the month - the Battle Results are announced.
.
See how that works? That little bit of structure gave BOTB a sense of cohesion and made it feel like a fun family game or community project. But today - with Results getting posted any old time - or not even getting posted at all, until the next Battle begins - BOTB seems like it's not really a blogfest at all, but just random individuals doing whatever whenever.
.
Now, of course, I understand that occasionally real life happens, and we can't always keep strictly to a predetermined schedule. Even I myself have been a day or two late announcing BOTB Results, but that has only happened a few times in over 6 years! And I'd like to see BOTB regain some of its earlier structure, which made it seem more like an "event" than just a handful of music-lovers milling around.
.
Alright, let's get on it. Let's get ON this thing!...
.
I rarely do the more time-consuming 3-Way Battles, but I'm presenting a 3-Way this time because I think I've got a goot juan that features 3 strikingly different renditions of the song 'The Little Drummer Boy'. Here's the first one for your consideration:
.
THE LITTLE DRUMMER BOY - BURL IVES
https://www.youtube.com/watch?v=mJMqcynrZRo


.
In 1968, Rankin & Bass created the stop-motion animated Christmas television special 'The Little Drummer Boy', based on the popular song. I'm sure you've all seen it.
. 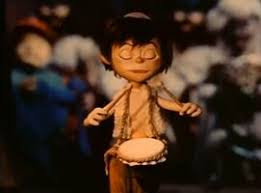 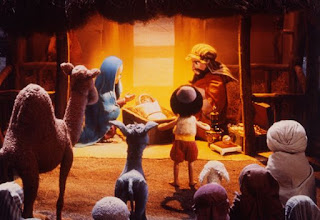 .
Featured in the TV special was a rendition of the song by The Vienna Boys Choir, and that is our second competitor in this contest:
.
THE LITTLE DRUMMER BOY - THE VIENNA BOYS CHOIR
(Note: The song doesn't begin until 14 seconds into the video.)
https://www.youtube.com/watch?v=LJHmvrkOSqU


.
And our final competitor is a famous Rock star with some notable 'night moves'...
.
THE LITTLE DRUMMER BOY - BOB SEGER
https://www.youtube.com/watch?v=gxW-4YaRZnI 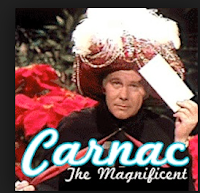