HAPPY EASTER 2 U (Or, JEWISH CHRISTIANS AND MY NEW FAVORITE YOUTUBE CHANNEL) 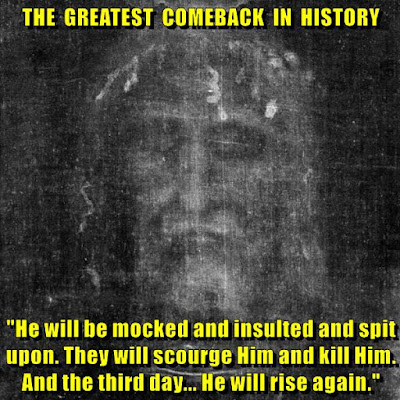 .
As I've said before, I had an unexpected Spiritual experience and became a (Maverick) Christian in a Los Angeles apartment on April 6, 1994:
. 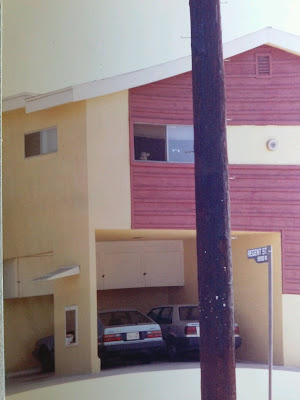 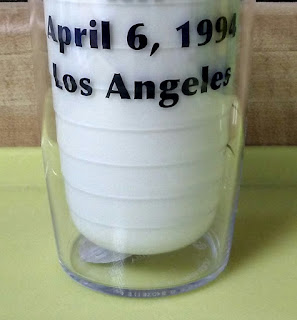 .
In a sense, I think I've always had a kind of kinship with Jews. Part of it, certainly, must be attributed to my strong relationship with Martin Brumer - my best friend who was killed by a car thief in 1989. But there's more to it than that. It's a controversial topic I don't want to address here and now.
.
About a year before my Spiritual experience, my 'Born Again' friend and co-worker, Don ("Big D"), was attempting to convert me to his Christian beliefs. We engaged in several friendly debates about religion and spirituality. One day, Don gave me a couple pamphlets written by the Messianic Jew Zola Levitt.
.
I had never read The Holy Bible at that point, and I can still remember reading those pamphlets while on a road trip with my parents to Pahrump, Nevada. 'The Seven Feasts Of Israel' and 'The Miracle Of Passover' by Zola Levitt seemed like gibberish to me. I don't think I was informed enough then to question the idea of a Jew believing in Jesus. I was pretty ign'ant about Judaism and Christianity back then. I wuz just a dumb, dirty, heathen dog.
.
Right after my Spiritual experience on 4-6-1994, I began reading The Bible. And after I had read God's Word from cover-to-cover a couple of times, I ran across those Zola Levitt pamphlets in one of my book cases and decided to read them again. This time, they just blew my mind! I was so impressed by all the insight that Levitt, with his orthodox Jewish background, brought to my understanding of things involving Christ Yeshua / Jesus Christ. I thought back on that day I first read these pamphlets and found them to be nuttin' but gibberish, and I shook my head. Amazing what a couple years and some background research can do for a person's understanding!
.
Well, the night before last, I was watching a YouTube video, and I noticed a video in the Recommended Videos sidebar about a Jewish person who had become a believer in Christ Yeshua. So I clicked on it and found it so fascinating that I immediately watched another, and then another, and another.
.
I became instantly addicted to these video testimonials from Jewish people who, (like Zola Levitt, and Joel Chernoff, Marty Goetz, and Barry & Batya Segal - musicians I've been listening to for years), had become Messianic Jews (i.e., Jews who recognize that Yeshua was the prophesied Messiah of Israel).
.
The last two nights, I stayed up too late, watching these videos, and each one of them has been extremely interesting to me. I haven't seen a dud yet! In just two nights, [link> ONE FOR ISRAEL Ministry has become my very favorite YouTube channel.
.
One of the things that I have found most surprising about these testimonials is how many of these Jewish folks said that, prior to learning the truth about Jesus, they thought that He was a Catholic, and didn't even realize that Jesus was a Jew. Some of these folks had even been led to believe that Jesus was anti-Semitic, that He actually hated the Jews. SMH!!
.
People, this is just one example of why you MUST research things for yourself and never just take some man or woman's word for something. Especially when the subject is truly important and the stakes are high.
.
It being Easter Sunday, I'd like to share a few of these testimonial videos with you, and encourage you to check out some more, if you find them as fascinating as I do.
.
I was the president of the synagogue! How could I believe in Jesus?


.
WOW! A Jewish lawyer and a leader in her synagogue who turned to Jesus in a supernatural way!


.
A Jewish boy challenged by a Christian Girl


.
[link> The Kooks Met Messiah
.
You will find many more testimonials and informative videos
at [link> ONE FOR ISRAEL Ministry
.
If you want to learn every essential point and principle of The Holy Bible in only about 15 to 20 minutes, read the five chapters of the First Epistle of John (1st John 1-5) [link> HERE.
.
Happy Easter, all Y'all.
.
Bless And Be Blessed!
.
~ Stephen T. McCarthy
.
Posted by Stephen T. McCarthy at 4:22 PM