GUNFIGHT AT THE PIANO BENCH

Did you know Lightnin' Hopkins once recorded a Blues song for y'all? He did. And someday I may post it here, but today ain't that day. I got sumpin' else for yaz... 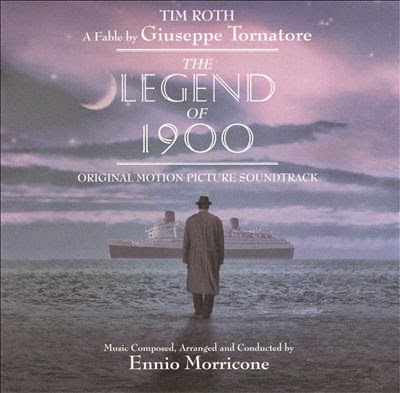 My friends FAE (of the blog Far Away Series) and Bryan (of the blog A Beer For The Shower) and I frequently participate in something we call TRT (short for “The Retro Theatre”).

We live in three different states and two different time zones, but we like to watch old movies together (lately we've been on a Film Noir kick). We all obtain a source for the same movie and then we all agree to start it at a specific time. This way, it's as if we've all gone to see the movie together, only we're actually in our own homes (i.e., we're watching the same movie at the same time, but in three different “theatres”).

At my suggestion, last night we all watched the criminally unknown 1991 movie 'DEAD AGAIN', starring and directed by Kenneth Branagh (including a small part by the late Robin Williams). It's a very cool, complex Psychological Thriller / Time Travel movie with Film Noir aspects to it and some fantastic plot twists. (If you've never seen it, I highly recommend you overcome that oversight and see it... and see a dentist about your overbite.)

There's one particular scene that has to do with smoking a cigarette (I cleverly refer to it as “the smoking scene”). I have seen countless movies in my life (even briefly appeared in a couple of them) but of all the movies I've watched in my 55 years, I think there are two scenes that most stand out as unforgettable (and by strange coincidence, they both involve cigarettes).

The main character, a piano master, never leaves the ocean liner he lives on. A personal quirk – or irrational fear. One night, someone comes to challenge him at his piano on the ship. Here's how it's described by the person who posted the scene at YouTube:

"Jelly Roll" Morton (Clarence Williams III) - the man who claims to have invented jazz - has challenged Danny Boodmann T.D. Lemon Nineteen Hundred - aka 1900 - (Tim Roth) to a duel on piano because he heard rumors that 1900 can play better than he can. 1900's friend Max Tooney (Pruitt Taylor Vince) takes bets on who will win. A fantastic performance by both actors.

One of the best duels ever in movie history. The proof that you don't need a gun to utterly destroy someone.

This is the best scene in the movie. Actually, it's one of the all-time best scenes in ANY movie. If you have 18 minutes to spare, watch it below (or click the link and see it BIGGER at YouTube). If you dig piano music, if you dig fantasy movies, if you dig Western gunfights... you'll definitely dig THIS...

I really need to buy myself a DVD copy of this movie someday.

YE OLDE COMMENT POLICY: All comments, pro and con, are welcome. However, ad hominem attacks and disrespectful epithets will not be tolerated (read: "posted"). After all, this isn’t Amazon.com, so I don’t have to put up with that kind of bovine excrement.
Posted by Stephen T. McCarthy at 3:38 PM