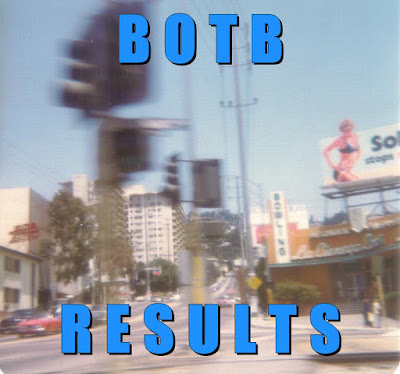 .
STMcC’s Vote On '2020, August 1st: Battle Of The Bands' (BOTB) - Or, Ryan Adams Versus Kenny Chesney & Pink - And The Final Tally:
.
First and foremost, I wish to thank all you Doggs & Doggettes for taking time to visit my blog and humoring me by listening to the Battle songs I presented and weighing in with your opinions. Y'all voluntarily tossed two cents into the BOTB kitty despite a national change shortage, and I appreciated that. Thank you!!
.
It was a 'Battle For Los Angeles' installment which took place HERE, and it was one of the extremely rare occasions when I actually used two songs that I, personally, didn't really dig. Even so, it was a very good, competitive contest. Both songs ('La Cienega Just Smiled' and 'Setting The World On Fire') prominently mention La Cienega Boulevard in L.A. I still don't quite know why the songwriters find that street, which runs through West Hollywood, so notable. I know why *I* do, but I don't know why *they* do. (Maybe it was for the same reason?...)
.

.
My own BOTB Bote went to Ryan Adams' 'La Cienega Just Smiled'. I kinda-sorta like that ballad. Not enough to ever feel like I need it in my compact disc collection, but it does have a bit of nostalgia / melancholic mood going for it.
.
On the other hand, I feel the same way that A Beer for the Shower feels about Kenny & Pink's 'Setting The World On Fire'. He wrote this:
.

I liked Ryan Adams a lot more than I liked Kenny Chesney and Pink, but that was to be expected, because I'm not big on Kenny Chesney and I'm not big on Pink. They put together that typical poppy sound that I'm not a fan of (I'm surprised they didn't pepper a Millennial whoop in there for good measure)
.
Yip! I don't consider Kenny to be real Country music. It's that '90s Pop sound that Country became after the "Country Outlaw" style of music became long in the tooth. It ain't your father's Country music, and it ain't mine, either!
.
Nevertheless, a very slight majority of voters preferred it to Ryan Adams' offering:
.
Ryan Adams = 7 votes
.
Kenny Chesney & Pink = 9 votes
.
I thank you all again for your participation! God willing, I will be back with a new Battle Of The Bands installment on September 1st. And I will be around to vote on all the Battles that other BOTB participants present us with on August 15th.
.
May you all Bless And Be Blessed!
.
~ Stephen T. McCarthy
.
Posted by Stephen T. McCarthy at 9:13 PM 8 comments: 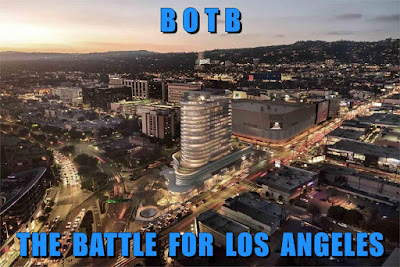 .
BATTLE OF THE BANDS (BOTB)
.
Shoop-Shooby -
Shooby-Duh-Dooby-Doop-Dooby-Dooby-Doo-Wah -
Buh-Doo-Wah!
.
Yes, it's time once again for Battle Of The Bands (BOTB).
.
It's been a doggone long time since I've done a BOTB 'Battle For Los Angeles' installment, so...
.
Alright, let's get on it. Let's get ON this thing!...
.
.
Wackypedia sez:
La Cienega Boulevard is a major north–south arterial road that runs between El Segundo Boulevard in Hawthorne, California on the south and the Sunset Strip/Sunset Boulevard in West Hollywood to the north.
.
La Cienega Boulevard is a regular surface street and one of Hollywood's major thoroughfares. Offices for A&E Network, The History Channel and the Academy of Motion Picture Arts and Sciences are located on La Cienega as are the studios of Citadel Broadcasting flagships KABC and KLOS, two of Los Angeles' biggest radio stations.
.
What does La Cienega Boulevard mean to me, personally? Well... I lost my virginity on La Cienega Boulevard. And, although I looked and looked, I never found it again.
. 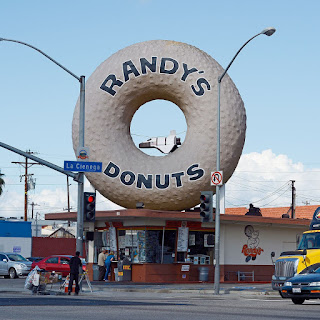 .
Wackypedia sez:
'Gold' is the second studio album by Ryan Adams, released September 25, 2001 on Lost Highway Records. The album remains Adams' best-selling album, certifying Gold in the UK and going on to sell 364,000 copies in the U.S. and 812,000 worldwide. Adams noted that "with Gold, I was trying to prove something to myself. I wanted to invent a modern classic."
. 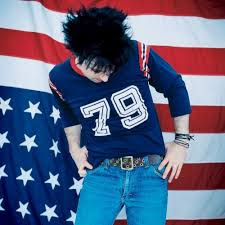 .
Included on the album was the song 'La Cienega Just Smiled'.
.
(Because, for the 666th time, Google has fixed what wasn't broken, I no longer know how to embed a video, so you will need to "click the link" in order to be transported to the YouTube video)
.
LA CIENEGA JUST SMILED - Ryan Adams
[link> https://www.youtube.com/watch?v=mbrUhHdd62Y
. 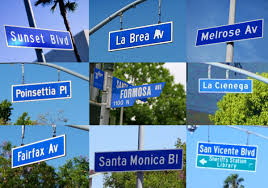 .
Wackypedia sez:
'Setting the World on Fire' is a song written by Ross Copperman, Matt Jenkins, and Josh Osborne and recorded by American country music artist Kenny Chesney as a duet with American singer Pink. It was released to Country radio on July 28, 2016 and to digital retailers the following day as the second single from Chesney's 2016 album Cosmic Hallelujah. ... The song was nominated for the Best Country Duo/Group Performance at the 2017 Grammy Awards.
. 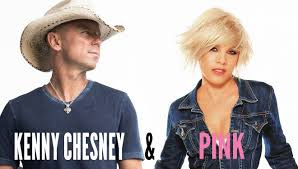 .
.
(Because, for the 666th time, Google has fixed what wasn't broken, I no longer know how to embed a video, so you will need to "click the link" in order to be transported to the YouTube video)
.
SETTING THE WORLD ON FIRE - Kenny Chesney with Pink
[link> https://www.youtube.com/watch?v=0ECz0BBt8IY
.
Alright now, “you know the gig”... I welcome you (whether I know "you" or not) to vote for your favorite of these songs in the comment section below. And feel free to tell us WHY you chose one song over the other.
.
After voting here, I suggest - actually I insist - you pop over to the blogs of the other 'BATTLE OF THE BANDS' participants to see which songs they have chosen and vote there also. Vote your vice...   Vice your voice...
.
Voice Your Vote...
@ TOSSING IT OUT by clicking HERE
@ MIKE'S RAMBLINGS by clicking HERE
@ THE SOUND OF ONE HAND TYPING by clicking HERE
@ JINGLE JANGLE JUNGLE by clicking HERE
@ CHERDO ON THE FLIPSIDE by clicking HERE
@ CURIOUS AS A CATHY by clicking HERE
@ AI LOVE MUSIC by clicking HERE
@ STORMS & STARDUST by clicking HERE
.
As I've done in the past, I will continue to return to my 'BOTB' blog bits on the 7th of each month to post my own votes and announce the winner.
.
~ Stephen T. McCarthy
.
Posted by Stephen T. McCarthy at 12:33 AM 41 comments: