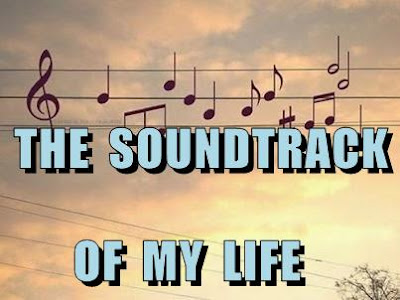 .
I want to begin today's blog bit by saying that I'm in love with 'Saturday's Child'. Also, I wanna say that "I'm the young generation and I've got something to say".

Whew! What a relief to get that off my chest.

FUN FACT: It wasn't until just now, putting together this installment of 'TSOML' (inspired by Robin, Girl Wonder of 'Your Daily Dose') that I realized how significant Country music has been in my life.

You'll recall that in an earlier installment I said that 'HOME ON THE RANGE' by The Sons Of The Pioneers is the first song I can recall really connecting with.

Well, here's an oldie but a goodie:

My Pa was a real character. He was a handsome, manly man's man who knew his bourbon and loved sports, but he also had as wacky a sense of humor as you will ever find anywhere.

When I was in 5th & 6th grade, my Pa would occasionally wake me up for school by suddenly playing Roger Miller's 'YOU CAN'T ROLLER SKATE IN A BUFFALO HERD' cranked up to 11.

Well, you can't awaken a kid out of a sound sleep with 'You Can't Roller Skate In A Buffalo Herd' and expect that kid to grow up "normal". I think Country music is what made me crazy...

'YOU CAN'T ROLLER SKATE IN A BUFFALO HERD' - ROGER MILLER

I was so painfully shy when I was young that, in a sense, I was always an "Outsider". I was an Outsider because I was such an "Insider". (You followin' this, Low I.Q.ers? ...Hey, don't blame me! That's what Mr. Know-It-All called you. I'm just quoting Bullwinkle.)

I didn't really begin to fully find myself until I got out of prison (aka "high school"). But by 1978, I was beginning to realize that STMcC was crazy, and that was OK because I was learning to love Saturday's Child.

In 2012, my blog buddy Gypsy Julie Fedderson challenged me to answer her 11 questions in a blog bit. (Gypsy Julie! Where are you? Come back, Shane Julie! Come back!) I was amongst those she selected because, as she said, "Just 'cause I'd love to hear the answers and we share mad love for Spinal Tap". I accepted the challenge. Here's question number 4 of 11...


4: What is the song that most defines your personality?

This was my answer:
Oh, now THAT’S easy – a piece of pie (‘cause I like pie better’n cake).

In late 1978, when I was 18 or 19 years old, I heard my first Waylon Jennings song. It was played on my Rock ‘N’ Roll radio station of choice – KMET, "The Mighty Met" – in Los Angeles. [*Yeah, a "Country Outlaw" tune played on a Rock station. Back in my day, they played a far greater variety of music on Pop stations than they do today.] I immediately recognized the song as a personal anthem and within days I bought my first of plenty o' Waylon albums.
.
I have changed a great deal over the decades since then, but I still can’t think of any other song that better defines my personality. My personal anthem remains...

I've always been crazy and the trouble that it's put me through
Been busted for things that I did, and I didn't do
I can't say I'm proud of all of the things that I've done
But I can say I've never intentionally hurt anyone

Beautiful lady, are you sure that you understand
The chances you're taking loving a free-living man?
Are you really sure you really want what you see?
Be careful of something that's just what you want it to be

Hearing Waylon's song for the first time, I thought: So it's not just me!

I loves me the "Country Outlaws" (Waylon, Bocephus, and some Willie Nelson), plus Roy Rogers & The Sons Of The Pioneers, Brenda Lee, Roger Miller, and Jim Stafford. I dig some stuffs by Kathy Mattea, early Dwight Yoakam, and a smattering of Country songs here and there. (56 years ago today, Johnny Horton's 'The Battle Of New Orleans' was at the top o' the chart. I still love that song!)

A lot of people complain about the "twang" in Country. Unless it's overdone or it's some New Jersey boy trying to sound like he's from Arkansas, I don't mind the twang at all.

Hell, the "twang" is like the vinegar-y taste in jalapeno peppers!
It's what puts the vinegaroon ("whip-tailed scorpion - mean as hell") into the Country tune!

My heroes have always been cowboys, and I have always owned a cowboy hat. Not the same one. Some I outgrew, some I gave away, and some I lost, like this very expensive Stetson...
. .
Yeah, that wasn't the first cowboy hat I lost during a Tottering Night. When the drinks go "up to eleven", I tend to pick up rocks and lose my hat.

Well, I'm off (in more ways than one). I'm gonna buy me a dog 'cause I need a friend now. And then I'm gonna go to my favorite Reno lounge to celebrate having a new "best friend". ...I hope I don't lose my Stetson.


My previous blog bits pertaining to 'The Soundtrack Of My Life' (TSOML) can be found by clicking the links below:

For more TSOML participants, visit the blog of GIRL WONDER ('Your Daily Dose') by clicking HERE.
Posted by Stephen T. McCarthy at 9:48 AM