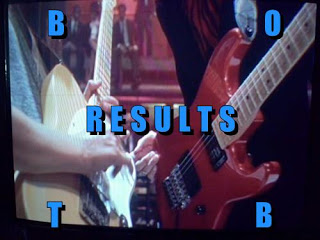 .
This BOTB installment turned out fantabulous, especially considering it was something I just kind of tossed together based on an "artists" suggestion from my ol' friend Lelly.
.
The Battle took place [link> HERE, and it was a back-and-forth affair with both artists holding the lead at different times. In fact, this contest was tied 8 to 8 until just two hours ago, when three final votes gave Mink DeVille's 'Cadillac Walk' the win over Lou Reed's much more famous 'Walk On The Wild Side'.
.
As I said on the Battle page, back in the LP era, I owned both of the albums that contained these two songs. I purchased the Lou Reed LP specifically because of the song 'Walk On The Wild Side', and I bought the Mink DeVille album 'Cabretta' after seeing them live in concert, opening for Styx in 1977.
.
But my musical tastes changed drastically over time, and just 11 years later, I was listening almost exclusively to Jazz. Today, if I heard 'Cadillac Walk' on the radio, I would turn it "up to eleven". If 'Walk On The Wild Side' started playing through my radio, I'd probably see what was on at 87.9 -- my Christian radio station. So, I s'pose that tells ya where my own vote landed.
.
Lou Reed = 8 votes
.
Mink DeVille = 11 votes
.
This was an excellent turnout and I THANK EVERY SINGLE ONE OF YOU WHO VOTED! You make BOTB what it is!! (And it was nice to see a couple of BOTB old-timers -- Michele & Debbie -- return to the flock in this round.)
.
I mentioned that my old pal Lelly (aka LarryR) suggested that I use Lou Reed against Mink DeVille in a BOTB contest, and that got me thinking about this "Walking" theme that I used. But, FUN FACT:
.
From the time their debut album 'Cabretta' was being recorded through 1979, LarryR (Lelly) managed Mink DeVille's stage shows. That's him in the checkered cowboy shirt below (lower left corner) during the recording of the 'Cabretta' album:
. 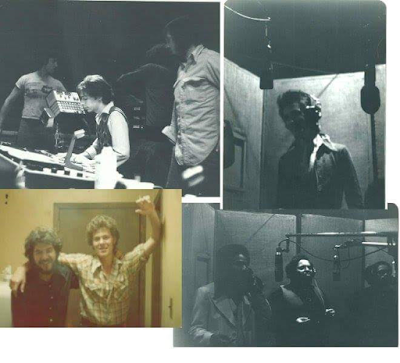 .
On the back cover of Mink DeVille's second album, 'Return To Magenta', Lelly was credited as [link> "Larry (Lord Logar) Rosen". (But some of his UCLA friends still call him "Lelly".)
.
In 'The Battle Within The Battle', both of our competitors accurately predicted the winner of this contest, with both of them coincidentally using the exact same phraseology in making their prediction. That brings their records to...
.

The Magic 8-Ball (4-0)
.
The Amazing Sixwell (2-2)
.
I find it doggone amusing that The Magic 8-Ball has not missed a prediction ever since we hired The Amazing Sixwell to provide it with some competition. I don't think the 8-Ball EVER got 4 in a row right before! Hmmm.... So, competition equals improved quality of output? This doesn't look good for the theology of Communism, does it?
.
Until my next Battle Of The Bands contest on June 1st, I'll leave you with my #1 favorite Mink DeVille song. (I would rank 'Cadillac Walk' at #2.)
.
SHE'S SO TOUGH
https://www.youtube.com/watch?v=D6cZZtYL3H4

.
~ Stephen T. McCarthy
.
POSTSCRIPT:
You may recall that Lelly (aka LarryR, aka Larry "Lord Logar" Rosen) is a guitarist and songwriter who has also won a Battle Of The Bands contest against Van Morrison. Click HERE.
.