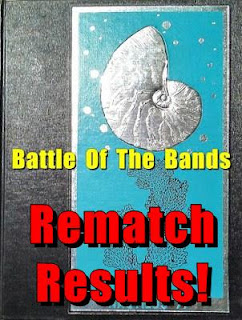 I thank all y'all who returned to vote on my Battle Of The Bands resurrection post. The Battle took place [link> HERE, and it was a goot juan! In fact, it was quite a bit closer than I had anticipated, and that's a goot thang!

This was a kind of rematch of a Battle that took place one year ago, in which I used the wrong Starbuck song, thus giving Vicki Sue Robinson a too-easy and questionable win. Having lost to Vicki 365 days earlier, Starbuck came into this contest as a bit of an underdog, despite the fact that their song, 'Moonlight Feels Right' (#3), charted higher in 1976 than did Vicki's song, 'Turn The Beat Around' (#10).

Both of these artists played at Disneyland during my 1977 high school Grad Nite celebration. 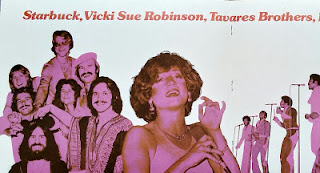 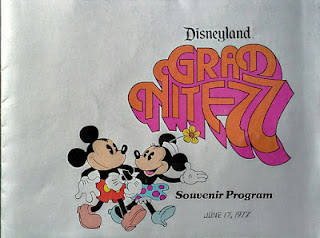 Although I really love BOTH of these songs, and despite the fact that Vicki's 'Beat...' is something of an earworm to me, I voted for Starbuck's 'Moonlight...' because, well, because I just like it better and, to me, it has such a nostalgic feeling about it.

I was very pleased that this was such a close contest. It was 4 votes to 4 votes at one point, but the final tally was:

Thanks again, Everyone, for participating in this installment of BOTB. I intend to return with another Battle on Jolly July 1st, and I hope you'll return then also with another 2 cents for the BOTB kitty.